In 2019, Swale Heating were awarded the Gravesham Borough Council contract following a successful bid via South East Consortium. The contract was for a 10-year term.

At the start of the contract, just under 2000 services were scheduled for during the winter months. By adopting MOT style servicing, it meant these could be moved.

By reprofiling the programme, Swale Heating have been able to amend the servicing to avoid higher volume months falling into the winter when demand for repair works is at its peak.

Servicing has been grouped by postcode, increasing access rates by preserving LGSR expiry dates and providing residents with certainty regarding the timing of their safety check visit. There is now no planned servicing from the beginning of October until the end of January.

Introducing this style of servicing means there are lower costs associated with no access for both contractor and landlord. There is also a reduced environmental impact and fewer visits as appliance servicing can be grouped by postcode.  MOT servicing has saved just over 30 metric tons of CO emissions per annum simply because of fewer and shorter journeys.

Since being awarded the contract, Swale Heating have been excellent in working with us to deliver this; a journey into the ‘calculated’ unknown for both parties.

We have been impressed by the way Swale Heating worked through each element of the transition and, as a result, we now have a programme in place which works better for our residents, Gravesham and Swale Heating without any compromise on compliancy.’ 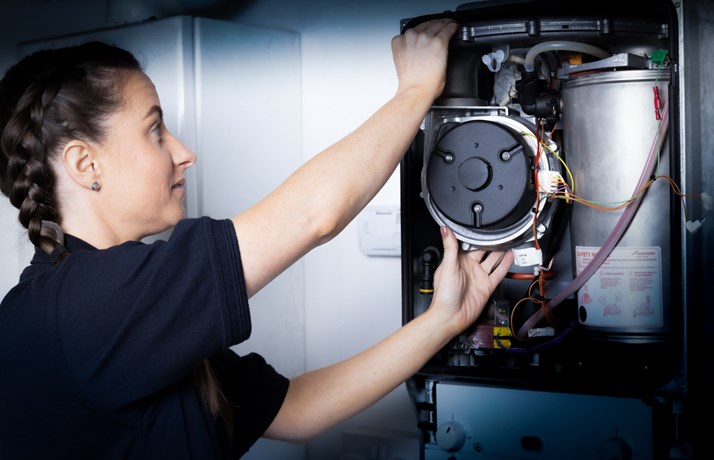