Swale Heating’s exceptional performance in ensuring that gas safety is at the heart of everything it does has been recognised in the annual Association of Gas Safety Managers (AGSM) awards.

Swale Heating, the South East’s largest independent heating installer, won the Regional Social Housing Contractor of the Year Award for the South East region.The judges said Swale Heating had succeeded in demonstrating that huge efforts are made in maintaining safety and providing a total commitment to customer service. 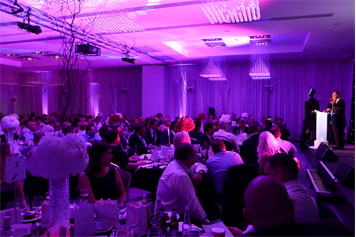 The AGSM Awards celebrate the achievements of gas managers and directors in social housing, contractors working with them and suppliers to the industry. The awards recognise initiatives, personal success and outstanding contributions to gas safety. They were presented at a gala dinner last night (28 April) at Heythrop Park Hotel, Oxford during the association’s 2015 conference.

Swale Heating’s Contracts Director Stuart Davis, who picked up the award on the company’s behalf, said: “Gas safety is our number one priority and we’re delighted that our clear commitment in this area has been recognised and rewarded.

” One of the UK’s biggest social housing providers, Affinity Sutton, nominated Swale Heating for the award.

Richard Ward, Head of Property Service & Compliance at the social housing provider, said: “We put Swale Heating forward because of the exceptional service and key innovations introduced by them in recent years. These have produced great benefits for Affinity Sutton and our residents.”